UNIQUE COAL PROCESSING PLANT WILL BE OPENED IN KARAGANDA

Karaganda will start producing high-quality coal with low ash content. Asia FerroAlloys LLP has started implementing an innovative project. Investors promise that the new coal processing plant will have no analogues in Kazakhstan. According to the plan, a modern industrial facility should be launched by 2021. Shareholders of the company Yerlan Nigmatulin, David Kemertelidze and Chairman of the Management Board of DBK (BRK) Abay Sarkulov told about the construction plans at a briefing.

The coal processing plant will be built with the financial support of JSC “Development Bank of Kazakhstan”. A credit line in the amount of 9 billion 24 million tenge will be opened for businessmen for a period of 7 years. The total cost of the project is 12 billion tenge, while 3 billion tenge of own funds, including foreign investments, have already been invested. DBK provides the company with borrowed funds under the state program of industrial and innovative development of the republic of Kazakhstan for 2015-2019. 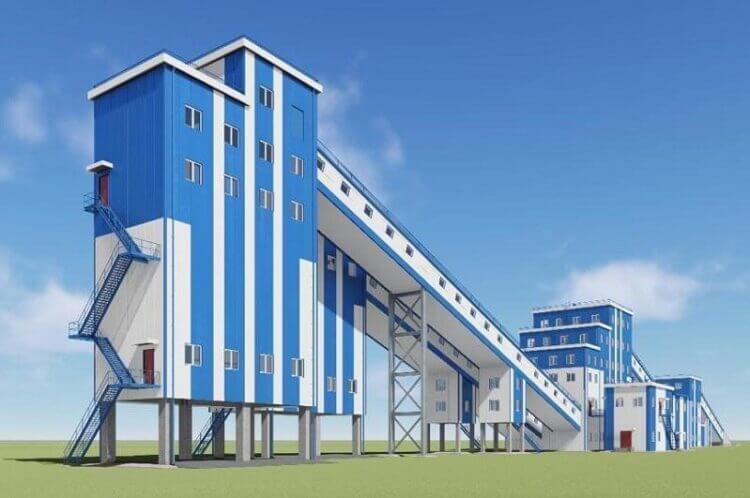 The main advantage of the new enterprise is that it will produce high – quality coal without harm to the environment. The production process takes place indoors, where there is not much space required for the clarification pools. With help of new automation and electronics technologies, the entire enrichment process will be controlled by the operator from the production control center. The project has already passed the state environmental impact assessment (EIA).

“Wet washing technology will be used for coal preparation. It will allow you to maximize the extraction of minerals from the total rock mass of raw materials. The entire enrichment procedure takes place in a closed cycle, without the use of chemicals, which leads to a clean impact on the environment and significantly increases the environmental friendliness of the project as a whole. The high degree of automation of production processes at the processing plant allows you to monitor compliance with production technology and the quality of finished products. The plant’s capacity will be 300 tons per hour or 1,800,000 tons per year, ”said Yerlan Nigmatulin, a shareholder of Asia FerroAlloys LLP.

The raw material for the future plant, required for the production of coal concentrate, will be coal from the Karaganda region. The finished products are planned to be exported, as well as used at the Karaganda ferroalloy plant of YDD Corporation LLP.

“Today we have sufficient experience in implementing major investment projects in Kazakhstan. Therefore, having studied the needs of the market of the near and far abroad, as well as the domestic market, we started implementing new projects. We have seen in practice that Kazakhstan has not only a unique investment climate, but also a huge raw material base for creating products with high added value, “said David Kemertelidze, a shareholder of Asia FerroAlloys LLP.

Abay Sarkulov, Chairman of the Board of Development Bank of Kazakhstan JSC, added that the implementation of this Project contributes to the execution of direct orders from the Head of State in attracting investments, increasing labor productivity in the manufacturing industry. The new factory will create about 110 new permanent jobs and more than 500 people will be involved during the construction period. And what is also important is the plant’s ability to export its products, which will also make it possible to contribute to the development of the export potential of our country. ”

The second part of the funding will be used to modernize the existing foundry. The project is aimed at increasing the existing capacities for the production of steel and cast iron products. It should be noted that with the arrival of new investors in 2018, including foreign ones, a large-scale modernization of the plant was started.

As a result, over two years of active work on the modernization of the plant, investors have already invested more than 8 billion tenge of private investment. 1216 jobs were created. The average salary in the company is 245 thousand tenge. In 2019, taxes were paid to the state in the amount of 2.1 billion tenge. The implementation of new projects by “Asia FerroAlloys” LLP will give a significant impetus to the diversification of the region’s economy and increase labor productivity through the transfer of latest generation technologies.