WHAT NEW INDUSTRIAL ENTERPRISES WILL APPEAR IN KARAGANDA

Prime Minister Askar Mamin during a working trip to Karaganda region visited the former Karaganda foundry, which with the arrival of new investors, including foreign ones, was renamed into the association of foundries of “Asia FerroAlloys” LLP, the correspondent of MIA “Kazinform”reports. Two years ago, a large-scale modernization was started at the enterprise. Businessmen have invested more than 8 billion tenge in private investment.

«Asia FerroAlloys» LLP is engaged in the production of coke and semi-coke, cast iron and steel products. The enterprise manufactures over 900 types of steel and cast iron products. The plant’s annual design capacity is 120 thousand tons. The plant employs 1,216 people. The average salary in the company is 245 thousand tenge. In 2019, taxes were paid to the state in the amount of 2.1 billion tenge.

During the visit to the enterprise, the shareholder of “Asia FerroAlloys” LLP, Yerlan Nigmatulin, presented to the Prime Minister two new projects, the implementation of which has already begun this year.

Askar Mamin was familiarized with the construction progress of a new ferroalloy plant with a sinter plant and a coal washing plant. 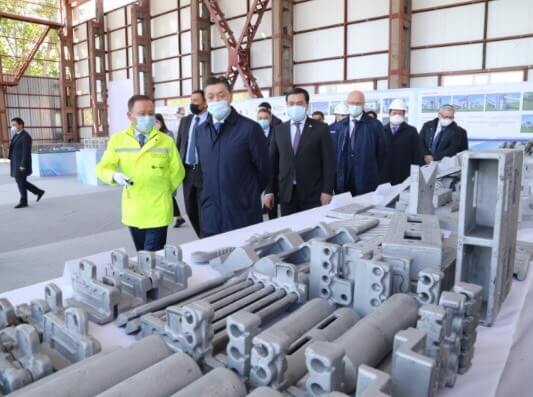 The volume of investments under the project “Construction of a ferroalloy plant with a sintering plant” will amount to about 31 billion tenge. More than 1,200 jobs will be created during the construction period, and 400 new jobs during the operation period. The design capacity will be 57 thousand tons of ferroalloys and 240 thousand tons of sinter. The enterprise will meet the high parameters of the “Industry 4.0” program, technological modernization of the economy and digitalization of industry. Almost all production processes at the plant will be automated and controlled from a single center.

Special attention will be paid to the environmental component of the project. A gas cleaning system will be installed at the plant, which is the world’s most advanced and provides a high degree of air purification.

At the same time, within the framework of the project “Construction of a coal washing plant” the volume of investments will amount to 5.2 billion tenge. The design capacity is 1.7 million tons of low-ash, cleaned coal per year. During the construction period, more than 500 new jobs will be created, and 110 new jobs during the operation period.

The uniqueness of the selected technology is that the enrichment does not affect the ecology of the region, since the whole process takes place in a closed room, where a lot of space for water clarification pools is not required. 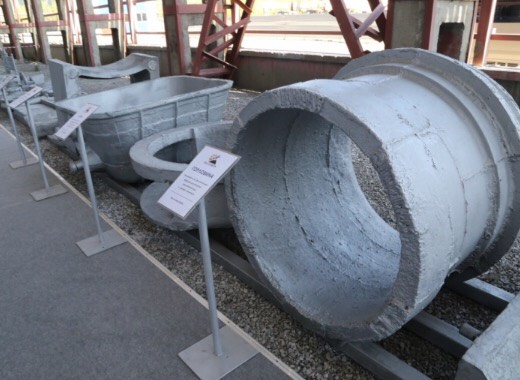 With help of new automation and electronic technologies, the entire enrichment process will be controlled by an operator from the production control center.

Thus, the total investment in new projects of Asia FerroAlloys LLP will amount to 36.2 billion tenge. The projects are being implemented with private investments, including foreign ones. To date, for the entire line of finished products, there have been signed off-take contracts with foreign partners. Almost all products will be export-oriented.

“Taking into account the fact that the Karaganda region is traditionally the largest industrial region, and also has a huge potential due to the availability of a raw material base, we are finding new points of growth. This is primarily done to transfer advanced technologies, increase labor productivity, and create new jobs in the region. 100% of domestic raw materials will be used in production, which is a very important advantage in the implementation of these projects, ”said Yerlan Nigmatulin, shareholder of Asia FerroAlloysn LLP.

“Today we have sufficient experience in implementing large investment projects in Kazakhstan. Therefore, having studied the needs of the market of near and far abroad, as well as the domestic market, we started to implement new projects. We have made sure in practice that Kazakhstan has not only a unique investment climate, but also a huge raw material base for creating products with high added value, “said David Kemertelidze, shareholder of Asia FerroAlloys LLP.

The implementation of new projects by “Asia FerroAlloys” LLP will give a significant impetus to the diversification of the region’s economy and increase labor productivity due to the transfer of the latest generation technologies. In addition, more than 500 new permanent jobs will be created in the coming year. 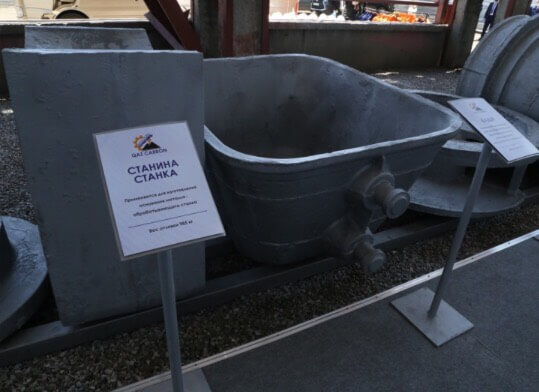